Happy New Year everyone! I'm so excited to show you the headboard I made for our girl's room. I had been looking everywhere for a headboard. I looked on Craigslist, resale shops, and Goodwill. Nothing anywhere. So then I started to think about using the foot board I had already turned into a chalkboard. 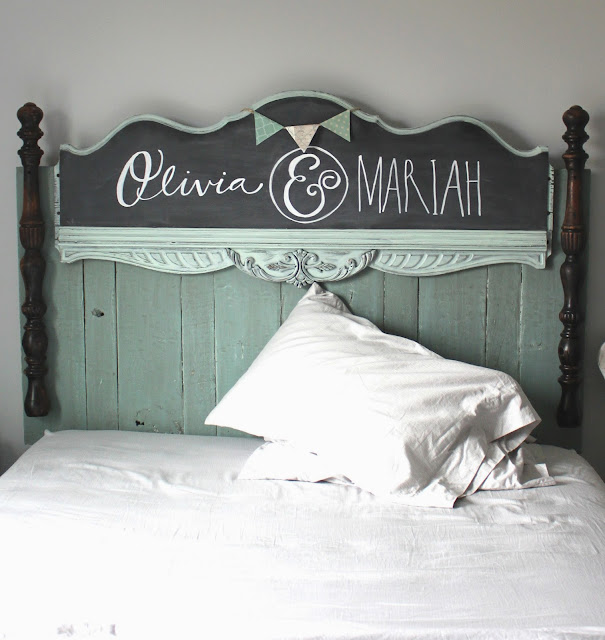 I know I would not have made anything like this before I started blogging. Just seeing all the ideas out there has really inspired me to think differently. 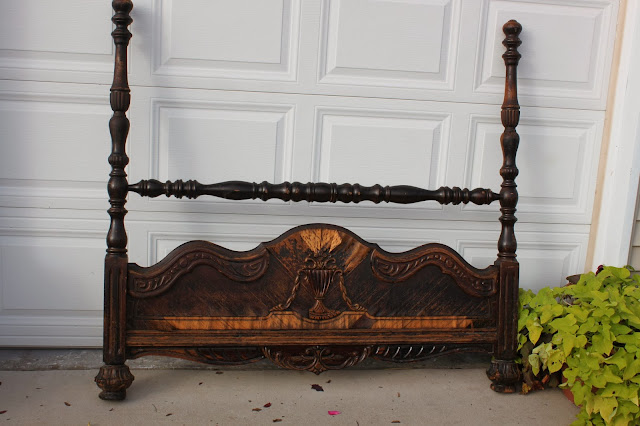 I was at a yard sale this past fall and I saw this foot board, it was in pretty bad shape and I had no idea what I would do with it but I asked how much anyway. Can you believe the guy said Free because the veneer was peeling off? Now I was not going to leave it there! I couldn't fit it in my car so I had my sister, who lived close by, pick it up with my dad's truck. 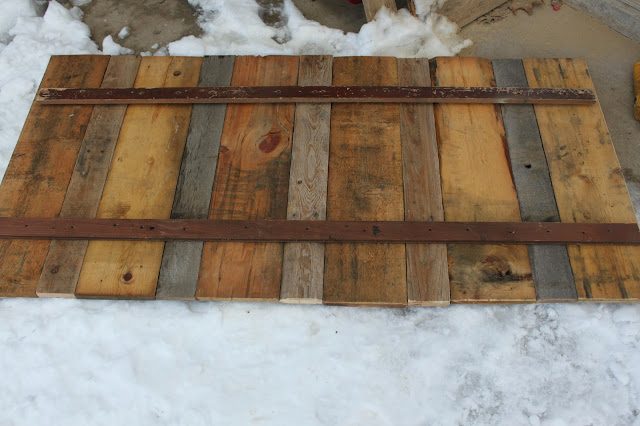 I decided to make a piece out of pallet wood and some boards I had from an auction. This would give the headboard some back bone. This was just like making a pallet wood sign, but bigger. After putting it together I used my grinder and then sanded it down. I primed, painted and distressed it. Next I attached the piece from the foot board that had already been painted like a chalkboard using three screws on each side. 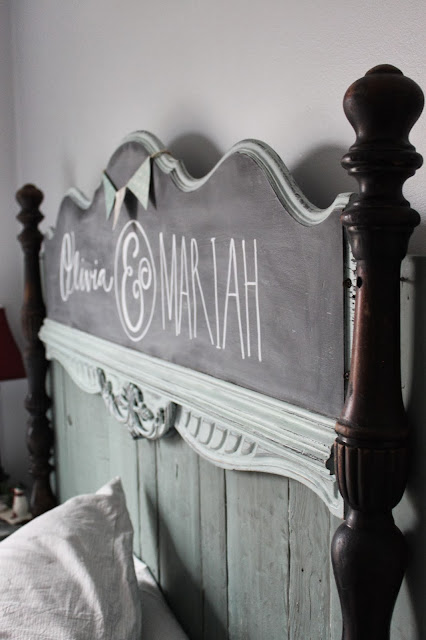 At this point I thought I was done and would just screw it to the wall. My husband said he would help me build some kind of support so that it would connect to the bed frame. It was right before Christmas and his busiest time of the year, so he hasn't gotten to it for some time. I decided to do it instead, since I'm kind of impatient. I attached two 2X4's to the back and it stood up just fine! 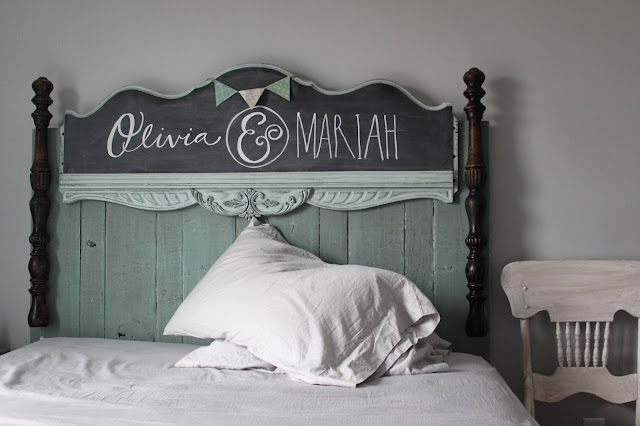 After looking at it for a little while I thought something was missing, so I added the two posts also from the old foot board using long screws. I know the posts should have been a little longer, but I wanted them taller at the top and when the comforter is on you don't see that gap. 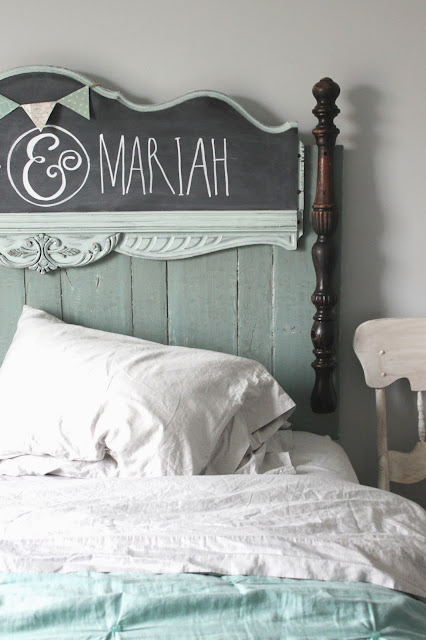 This is my favorite project I've done so far! The only thing I paid for were the boards I used from the auction and I could have used pallet wood there too.  In my next post I want to show you the whole room. I have other things I painted for this room!  Let me know what you think! Hope to see you soon.

Posted by Namely Original at 7:37 AM